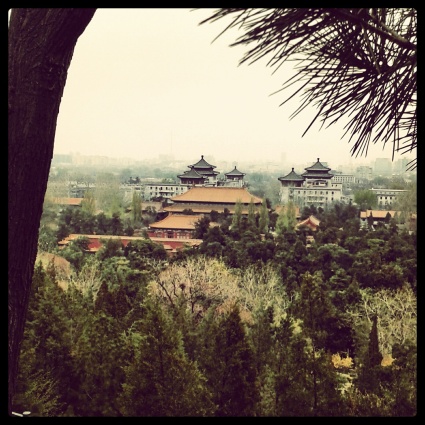 People sometimes ask me how it feels to be adopted.  And usually I say to them, I don’t really know.  Imagine growing up, and instead of being told that babies come from mommy’s tummies, you were told that sometimes babies come on airplanes from faraway places.  Imagine looking through your baby album and instead of seeing Mommy holding you for the first time in the hospital, you see pictures of Mommy holding you for the first time at a crowded airport. Imagine if your family that looks nothing like you is the only family you’ve ever known.

Then imagine how surprising it would be, after loving your mom and dad and brother since before you can remember, being asked for the first time, “So where is your real mom?”

But it’s not just my family — it’s my culture, my identity, my values.  I never grew up dreaming of Korea.  I dreamed of Disneyland, like every other California kid.  I never noticed that my baby dolls didn’t look like me, or that no one in the movies looked like me either.  I never thought there was anything in me but America.

Fast forward to 2009.  I move to Asia.  (And for the record, it wasn’t my idea, totally God’s!)  And in Asia, people see things from a whole different viewpoint.  In Asian culture (I’m generalizing, here), if you’re Asian, you are Asian.  And being Asian trumps everything else.  I am asked daily where I come from, and when I tell people America, they 1) tell me I don’t look American 2) shake their head and look at me funny or 3) on rare occurrences, they might even scoff or laugh.  Thais have told me since I moved here that people will feel more comfortable around me and relate to me more simply because I’m Asian.  I think it even causes people to have different expectations for me, and how I will act, and what I will say.  Sometimes this makes me feel misunderstood, and it makes me fear that I am disappointing people.

While my family and community back home made me feel special for looking the way I do, now I feel grouped into one huge mass of people I don’t even really know well.  Imagine being identified every day by your ethnic background, after never thinking twice about it your whole life long.  While back home, no one ever questioned my American status or made me feel like an outsider,  all of a sudden, in Asia, I’ve realized that the rest of the world sees me in a totally different light.

And do you want to know the worst part?

My friend, Clare, and I took a trip to China last week.  It was ah-maaaaazing.  Our favorite part — not surprisingly — was hiking along The Great Wall.  And on that glorious day, we had the privilege of running into a couple from America who was in the country to pick up their newly adopted Chinese daughters.  They said it was God who moved their hearts, and led them to China, and gave them love for two children they’ve never even met.  Oh, to think of the story those little girls will carry, and the way that this family is touching a culture by bringing a piece home to embrace as their own.

It made me think that maybe my own story, cultural confusion and all, will turn out to be a testimony that crosses the borders of culture and color.  And if those new parents asked me for a word of wisdom, after all I’ve been learning and observing, I would tell them this: “Love Asia, because you love them, and Asia is in them.  And because they love you, they’ll love Asia too.”